“Oh, What Now?” “Egads,” or just “Errrrrargh!” These are but a few of my Mother’s expressions of frustration. Whenever there’s an obstacle, she’ll put all 4 foot 11 of her being into one of these exclamations. I frequently find myself doing the same. Not these expressions per se, mine are a tad spicier. OK, a lot spicier. more like a sailor whose arm has just been severed. But, you get the picture. It’s something we all do. 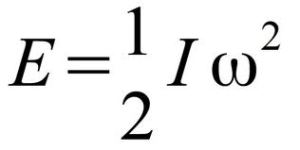 If you are aiming high enough, there will always be something in your way. If your path is always smooth, you are either not trying very hard or you see dead people. In every endeavor, in your career or your relationships, you have a choice. You can retreat, you can move ahead or you can try to maintain your current position by standing still. The reality is that there is no such thing as standing still. At any given moment, you are either moving forward or backward.

Sometimes the obstacles are situations like lack of money. Sometimes it’s a business or personal relationship. But, whatever it is, fear is involved. Fear of failure, fear of confrontation or even fear of success.

Our primitive brain and our instinctual responses equate any failure or confrontation with survival. Any change in the status quo will trigger our brains into fight or flight mode. With that trigger comes release of adrenaline and increased heart rate. Even thinking about an obstacle that will create change will pull that trigger. The net result is stress, and that stress is what makes us freeze. And in our frozen state, we think we’re just standing still or delaying. But, the world keeps turning, which means we’re being left behind by the simple laws of inertia.

The fear of success is even trickier. So many people think that means you’re afraid to be richer than your friends or more successful than your parents resulting in them seeing you as suddenly different. But, I don’t think that’s it. Being successful means increased work, increased commitment, constant thinking, constant doing and constant expense of energy. The thought of working harder and maintaining forward momentum can be exhausting in and of itself, never mind actually doing the work. So, many people just curl up on the couch instead and watch the world spin. But, they also wonder why they don’t get anywhere.

Put the fear aside. Put the triggers aside. Put aside things, relationships and habits that no longer serve you. Put your laziness aside and move forward. What you will find is that the process of moving forward is invigorating. it doesn’t sap your energy, it increases it. If you can get through the fear, you’ll find your mind engaged. You’ll wake up excited at what can be accomplished and what you can create today.

Say it with me: “Oh, what now? egads, Errrargh.” Your frustration means you’re passing obstacles and moving forward. embrace it, have a life well lived.

Posted in On Moving Forward